Create an Account - Increase your productivity, customize your experience, and engage in information you care about.

HUD Information on Fair Housing
The Office of Fair Housing and Equal Opportunity administers federal laws and establishes national policies that make sure all Americans have equal access to the housing of their choice. Particular activities carried out by the Office of Fair Housing and Equal Opportunity include implementing and enforcing the Fair Housing Act and other civil rights laws, including Title VI of the Civil Rights Act of 1964, Section 109 of the Housing and Community Development Act of 1974, Section 504 of the Rehabilitation Act of 1973, Title II of the Americans with Disabilities Act of 1990, the Age Discrimination Act of 1975, Title IX of the Education Amendments Act of 1972, and the Architectural Barriers Act of 1968. 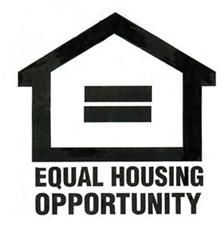